Star Wars: Where Science Meets Imagination was a traveling exhibition created by the Museum of Science, Boston, featuring props and costumes used in the Star Wars films, but focusing primarily on the science behind George Lucas’ science fiction epic. Star Wars: Where Science Meets Imagination was developed by Boston’s Museum of Science, in collaboration with Lucasfilm Ltd., with the support of the National Science Foundation, under Grant No. 0307875. This exhibit was presented nationally by Bose Corporation.

The exhibit premiered in Boston in 2005, and drew nearly 3 million visitors across the United States and Australia and before making its final appearance in San Jose, California in 2014.

I, my oldest son and friend, Rodney and his son, went to the exhibition in June 2007. I took lots of photographs of the props, It was a lot of fun and a very unique opportunity to see the actual filming miniatures that I grew up seeing in the movies. These are some of the best photos. 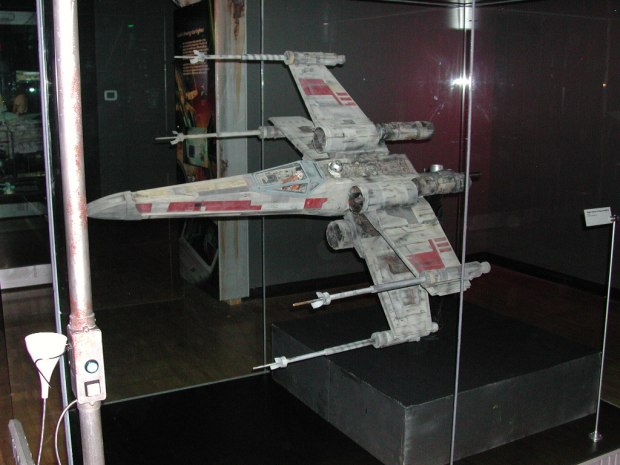 Interesting to note that the Tantive IV design was the original concept for the Millennium Falcon. See the Docking Bay 94 header of this page. 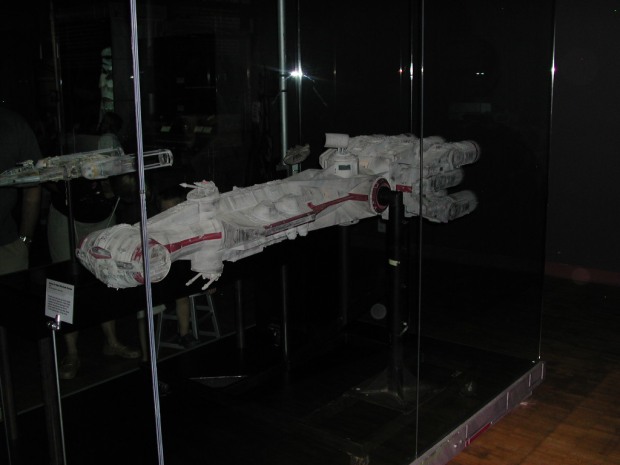 AT-AT – The Empire Strikes Back 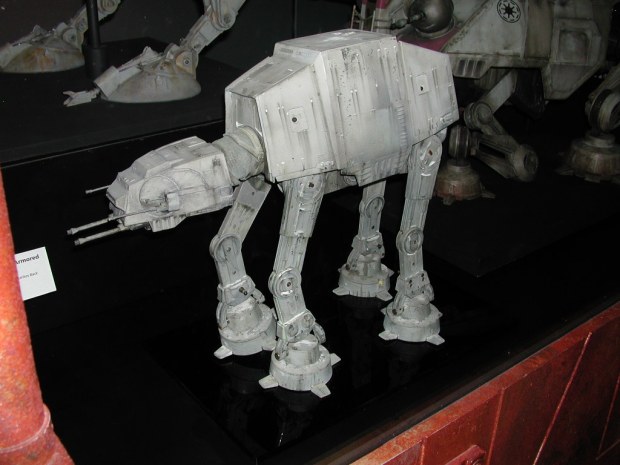 AT-ST – The Empire Strikes Back and Return of the Jedi 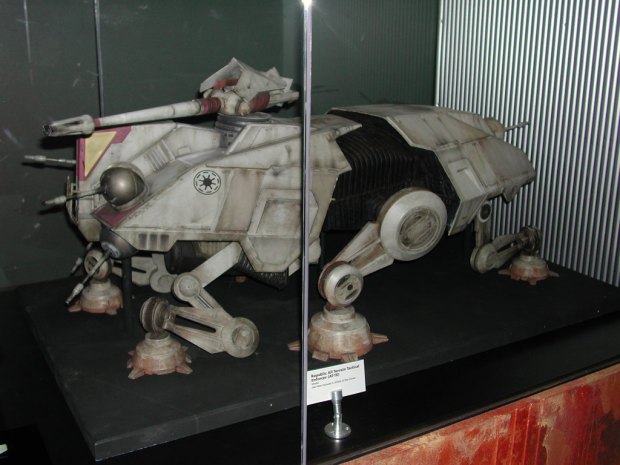